Since 1993, Robert Breitbach Consulting has been present in Berlin as a retained and independent International Executive Search Firm, managed by its proprietor. Our focus are the technical industries in and around Berlin.

The History of Checkpoint Charlie

Berlin is Germany's capital, largest city and a place for many attractions to visit.

We would like to share an article we found on www.visitberlin.de about the history of "Checkpoint Charlie":

Checkpoint Charlie was the setting for many thrillers and spy novels, from James Bond in Octopussy to The Spy Who Came In From The Cold. Located on the corner of Friedrichstraße and Zimmerstraße, it is a reminder of the former border crossing, the Cold War and the partition of Berlin. The barrier and checkpoint booth, the flag and the sandbags are all based on the original site – and are a popular subject for photos. It’s no wonder that Checkpoint Charlie is one of the sights of Berlin that you really should see. 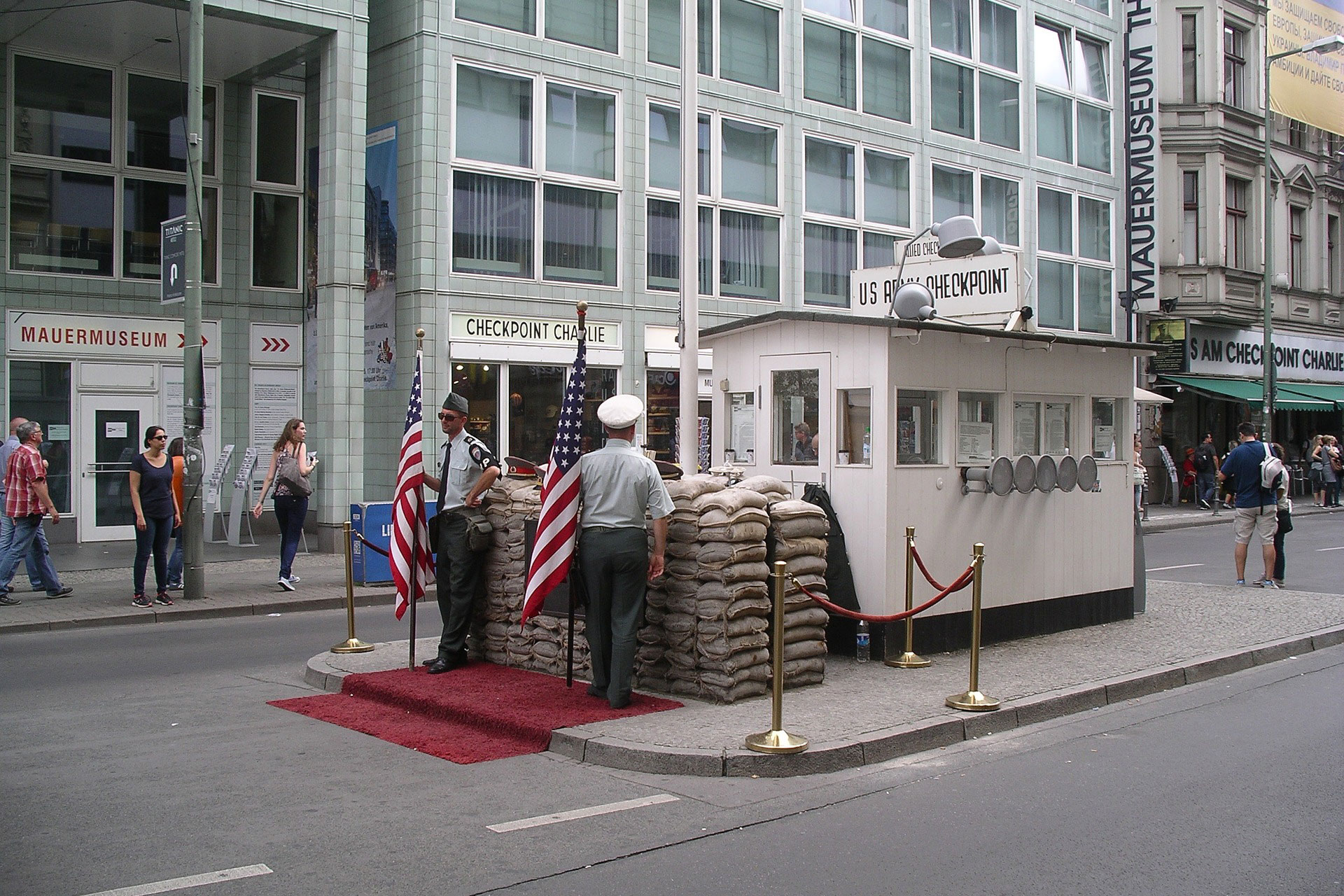 The name Checkpoint Charlie comes from the NATO phonetic alphabet (Alpha, Bravo, Charlie). After the border crossings at Helmstedt-Marienborn (Alpha) and Dreilinden-Drewitz (Bravo), Checkpoint Charlie was the third checkpoint opened by the Allies in and around Berlin.

It became the most famous crossing point between East and West Germany. On 22 September 1961, Allied guards began registering members of the American, British and French forces before trips to East Berlin and foreign tourists could find out about their stay there. Once the checkpoint was designated a crossing point for members of the Allied armed forces, a month later in October 1961 it became the scene of a tank confrontation. American and Soviet tanks took up position and faced each other with weapons primed.

Checkpoint Charlie was not only an important Cold War site, but also witnessed numerous attempts to escape from East Berlin. An open air exhibition on the corner of Schützenstraße and Zimmerstraße tells the story of those that failed and those that succeeded. An installation by the artist Frank Thiel and a commemorative plate also mark the memorial.

To read full article on www.visitberlin.de, please click on this link: Checkpoint Charlie

"Do not go where the path may lead, go instead where there is no path and leave a trail."
Ralph Waldo Emerson (1803-1882), American Philosopher