Robert Breitbach Consulting has been active in Saudi Arabia as a retained and independent International Executive Search Firm, managed by its proprietor. Our focus are the technical industries of the Kingdom of Saudi Arabia.

We would like to share an article we found on www.orangesmile.com about the "King Fahd Fountain" in Jeddah:

In Jeddah is the beautiful fountain, which was named in honor of King Fahd and opened in 1983. After opening, the unique fountain threw the water jet at the height of 120 meters and was recognized as the highest fountain in the world in 1983. Already two years later, the fountain was modernized and the height of the water jet reached 312 meters, thanks to the new mechanical constructions, which is still a world record. The grand fountain was built during the reign of King Fahd ibn Abd al-Aziz, in whose honor he was named. 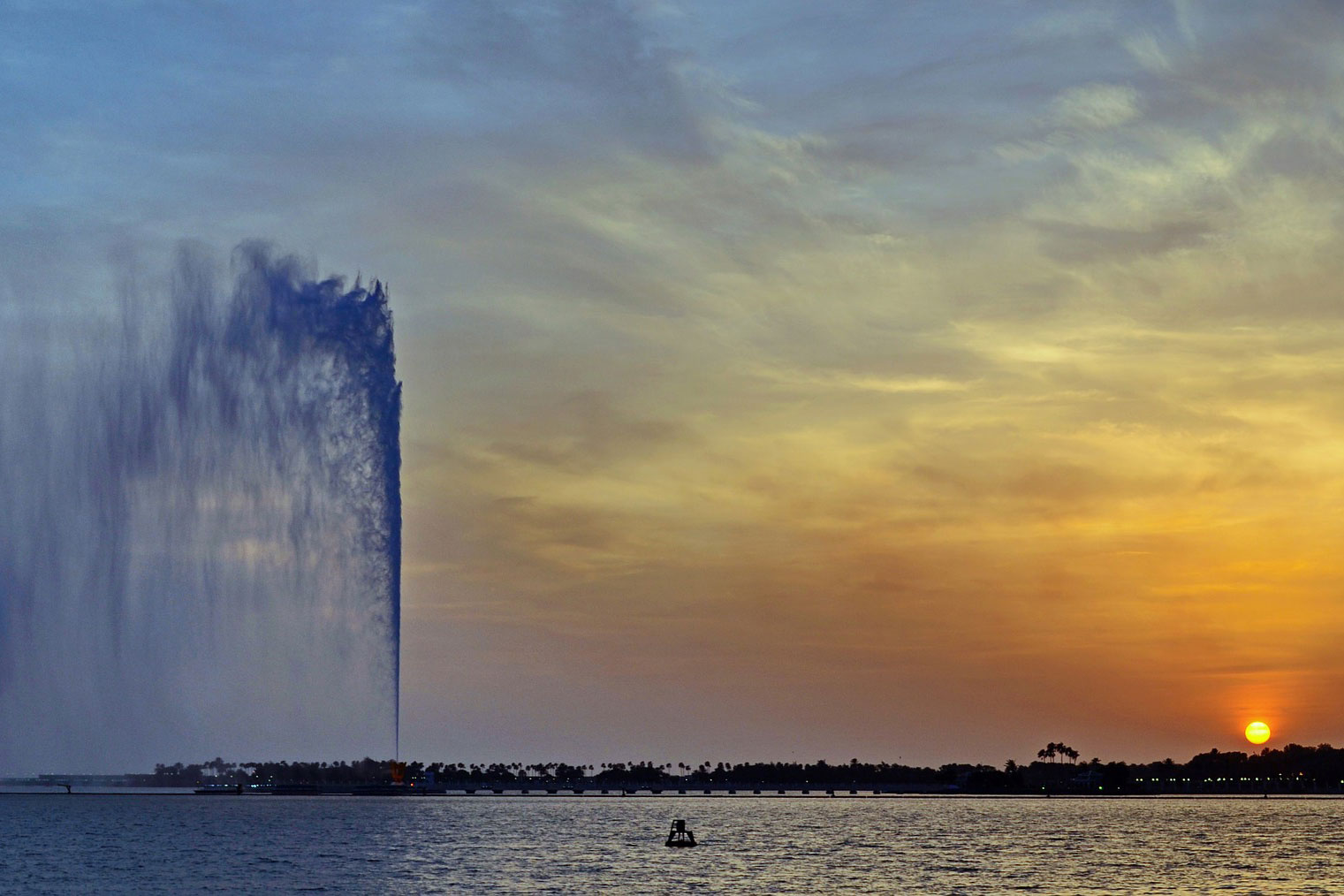 Although the age of the fountain is more than 30 years, he is not only surprised by the impressive shape, but also by the technical characteristics. Every second, 18.8 tons of water are found above the fountain, which is pushed out of the only powerful nozzle. The speed at which the water swells itself is 375 kilometers an hour. Since the fountain is located near the Persian Gulf and works with the salty water, its operation is made considerably more difficult.

As early as 1987, the experts noted that the fountain construction was damaged by the corrosion and the fountain itself was on the verge of destruction. The steel pipes of the fountain have been replaced by the shortest deadlines and are complemented by special anode protection, which prevents corrosion and allows millions of people from all over the world to graze on the highest fountains on earth. Many travelers strive to see the fountain in the windless day when the water cascade transitions the regular shape and height of the world famous Eiffel Tower in Paris.