Robert Breitbach Consulting has been active in Germany as a retained and independent International Executive Search Firm, managed by its proprietor. Our focus are the technical industries of Germany.

We would like to share an article we found on www.klassik-stiftung.de about the history of the Goethe And Schiller Archive in Weimar:

The early years
As the archive’s holdings rapidly expanded with financing from the ducal house and the Goethe Society, founded in 1885, Grand Duchess Sophie commissioned the construction of what is now the Goethe- und Schiller-Archiv between 1893 and 1896.

At the start of the First World War, the archive possessed 35 literary estates along with the estates of some of most prominent names of the Classical period (e.g. Herder, Wieland, Knebel, Riemer, Chancellor von Müller, Johann Heinrich Meyer and Bertuch) and others from the late 19th century (e.g. Freiligrath, Immermann, Otto Ludwig, Fritz Reuter and Hebbel).

The most important achievement of those early decades was the Weimar edition of Goethe’s works, also known as the “Sophie Edition” named after Grand Duchess Sophie who had initiated it. Between 1887 and 1919 the archive had published four sections of the edition totalling 143 volumes. 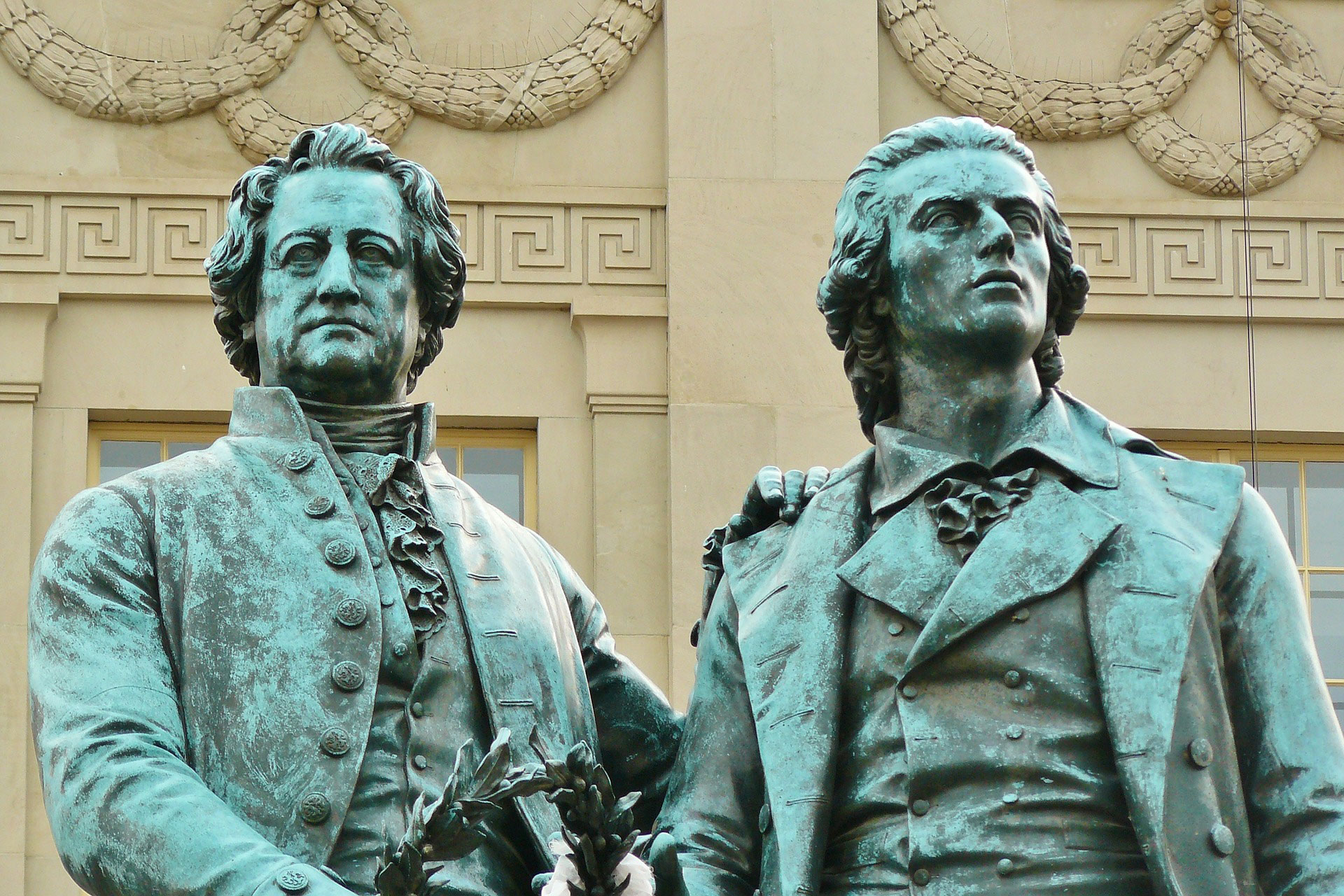 Between the wars
Between the two world wars, the archive made some preliminary and long-overdue progress in cataloguing the collection holdings. The most important acquisition was made in 1924 with the addition of Georg Büchner’s estate, a donation by Anton Kippenberg. From 1924 to 1947, the Goethe- und Schiller-Archiv was managed by an administrative alliance between the state of Thuringia, the house of Saxony-Weimar-Eisenach and the Goethe Society.

The post-war years
In the 1950s the archive succeeded in acquiring the estates of Franz Liszt and Friedrich Nietzsche. In 1953 the Goethe- und Schiller-Archiv was made a department of its own under the newly established National Research and Memorial Sites of Classic German Literature in Weimar (NFG). In the following years, the archive launched an extensive programme to catalogue its entire holdings which had meanwhile grown to approximately 60 estates.

After German reunification
Like the other institutions of the NFG, the Goethe- und Schiller-Archiv with its more than 110 personal and institutional estates was integrated into the Stiftung Weimarer Klassik – today the Klassik Stiftung Weimar – in October 1991. The technical capabilities of the archive improved considerably in the following years and the efforts to catalogue the collections continued, no longer with the aid of find books, but rather a new archival database. The archive also began developing and presenting numerous exhibitions to the general public. During a week-long festival from 24 to 29 June 1996, the archive hosted numerous events and festivities marking the 100th anniversary of the grand opening of the archive building.

To read full article on www.klassik-stiftung.de, please click on this link: History of the Goethe And Schiller Archive